Take your seats with caution! Aristocratic buffoon Bertie Wooster has hired the theatre for the night to present his one-man show detailing a recent and rather spectacular series of misadventures, including the theft of a novelty cow creamer and a narrow escape from unwanted matrimony.
The only trouble is Bertie hasn’t worked out who’s going to play the parts. Will the show be a disaster? Will the scenery stay upright? Or will his trusty manservant Jeeves step in and save the day?
In a joyous reimagining of the classic P.G.Wodehouse characters, three actors hurl themselves from role to role as they race to tell the story of Bertie’s own farcical adventures.
Jeeves and Wooster in Perfect Nonsense was created by the Goodale Brothers, adapted primarily from P.G. Wodehouse‘ ‘The Code of the Woosters.’  After hugely successful runs in the West End, it won the 2014 Olivier Award for Best New Comedy. 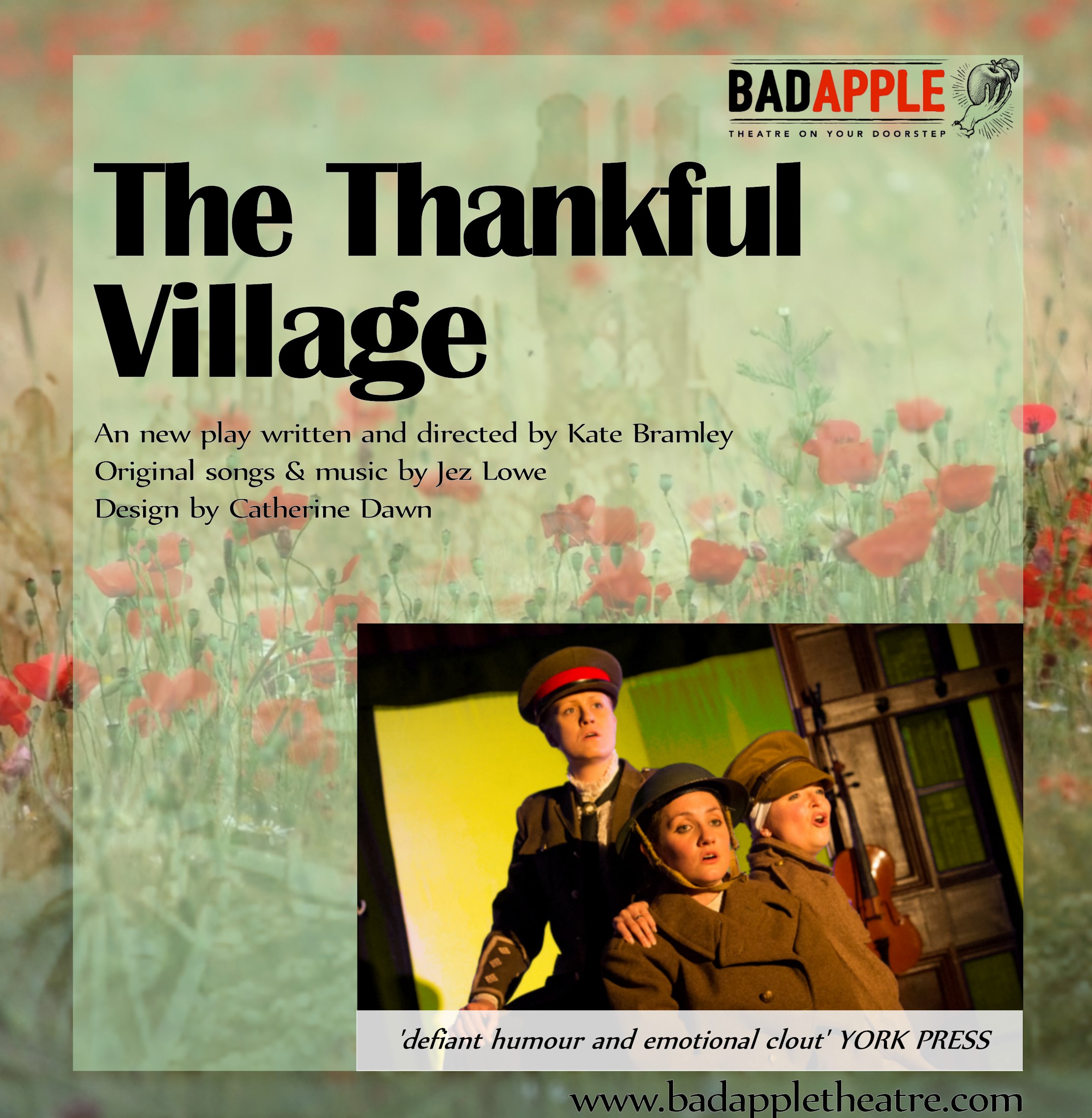 A poignant play that follows the lives of three women from the same rural household- above and below stairs- through the long years of The Great War, left behind to cope as their men-folk march off to Flanders. Each one faces up to the challenges in her own way, with resilience, humour, a sense of duty and whatever vestiges of hope she can muster, as the years pass by and they wait anxiously for news of loved ones far away. The cannot know that their village will end the war as one of a very few similar communities for which fate has reserved a special place in history.

“defiant humour, emotional clout and a poignant final twist, making you thankful for the under-appreciated Great War service of women as much as the men whose story is familiar from history books and the War Poets alike” York Press

The Theatre Chipping Norton presents Sherlock Holmes and The Crimson Cobbles
by Toby Hulse from an original story by David Hastings, directed by Kirstie Davis

Join us for the world première of this Sherlock Holmes caper delivered at breakneck pace in a hilarious, deeply daft theatrical explosion for adults and family audiences. Holmes and Watson are called upon to investigate the Whitechapel murders that are sending shockwaves through London. But when the evidence points to only one possible and inconceivable conclusion about the identity of Jack the Ripper, is our super sleuth prepared to believe the unbelievable?

This witty, laugh-a-minute pastiche of Conan Doyle’s investigative pair is a fast paced, physical and raucous night out. Recommended age: 8yrs & over (maybe a couple of scary scenes)

A one hour play with music about loneliness and the Samaritans. Written by Gaye Poole, music by Arne Richards.

Battersby Buildings has 75 flats and yet very few people know each other. There’s Beryl, 68, and recently widowed; Chelsea, a new mum at 18; and Simon, a young man with learning disabilities. There is also Laura, a Samaritan, living in Flat 73, who on one fateful day unknowingly brings them all together.

Post-show Q&A with an expert from the Samaritans and other organisations who offer support to lonely and isolated people. 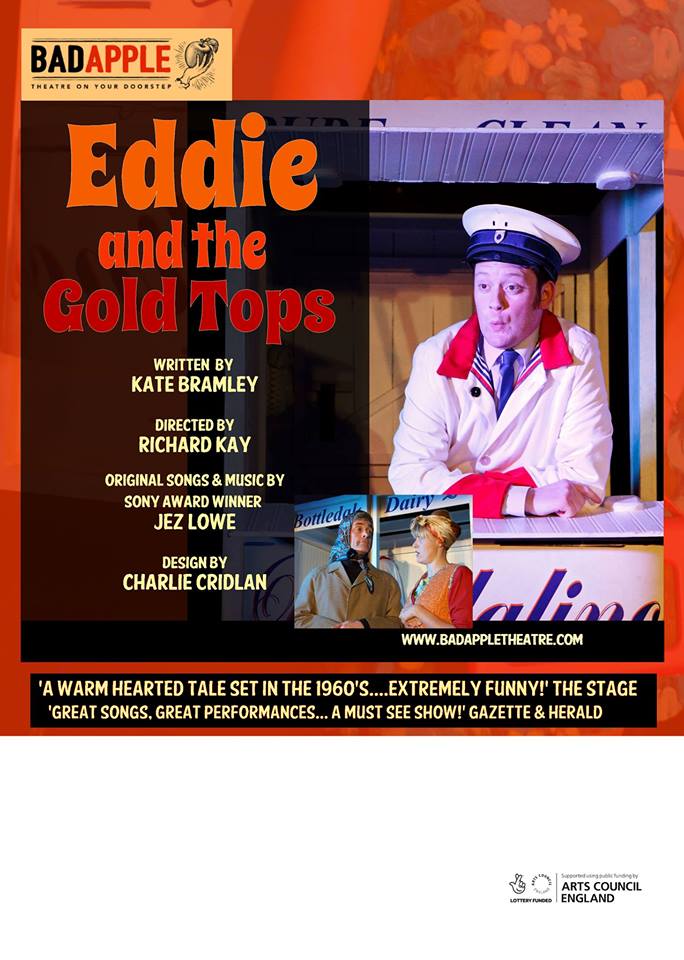 It’s the 1960’s and every village in England has a band determined to hit the big time.This tale follows our Eddie, a hard-working milkman in Bottledale, where local folk are inspired by the cream of the pop charts and tired of the milk-float of ordinary life, ever dreaming of stardom and success.

Eddie inherited the family milk round from his father, and has fulfilled his deathbed promise to never miss a delivery for the good people of the village. But suddenly he’s becoming a pop superstar, quite by accident! His songs are heading up the charts and if he can get there by tonight he’ll be on Top of The Pops…..

So, get ready, Eddie, go! You’re heading for the high life, with the fabulous Gold Tops behind you every step of the way! But when things take a churn for the worse, will you get back for the morning milk? 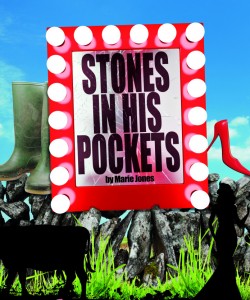 A quiet Irish village community is turned upside down with the arrival of a Hollywood film crew, looking for the ‘real’ Ireland for their latest schmaltzy blockbuster. A pair of extras, Charlie and Jake, watch with amazement, envy and delight as cultures clash, divas strop, and everyone fights over the last portion of lemon meringue pie.

Two actors play a vast array of eccentric and lovable characters in this universally loved, worldwide comic theatre sensation. Written with poignancy and sincerity, performed at breakneck pace, this play has made deep connection with audiences in over 30 countries.

“Hilarious, lovable and at times almost breathtaking” The Scotsman

It’s 1942 and hordes of Yankee servicemen have just arrived in England – where the locals speak a strange dialect, boil all their food, and talk endlessly about the weather.
With lashings of physical comedy, this rib-tickling new show for adults and families will lovingly poke fun at British eccentricities and the doomed attempts of outsiders to understand them. Get ready to judge for yourself in a night of joyous laughter and downright silliness as a crack team of experts attempts to explain the quirks and customs of British life, featuring everything from cricket, warm beer and ha’pennies to Sunday afternoons in the country.
The Real MacGuffins have proved a crowd favourite at the Edinburgh Fringe Festival since 2010, playing sell-out shows to critical acclaim. Their highly energetic, interactive comedy delights audiences both young and old – with a mix of wordplay, good (and some bad) old fashioned jokes and physical comedy, there is something for everyone.